The Spinnaker Complex was conceived in 1972 by Sea Isle Investors LTD and designed by Charles Englehart of Oxon Hill, Md. It was built by Joseph Fabi Company of Atlantic City. Construction on the South Tower was begun in 1972. 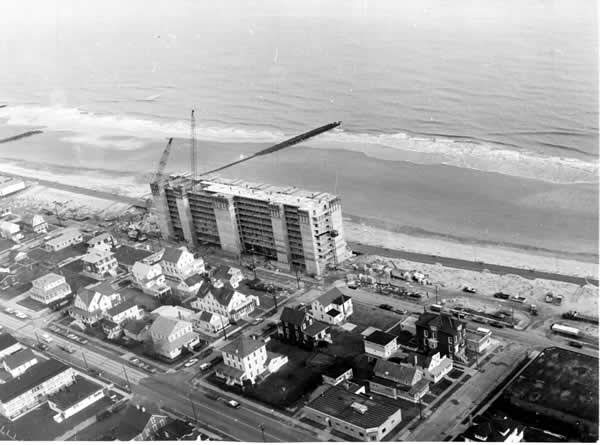 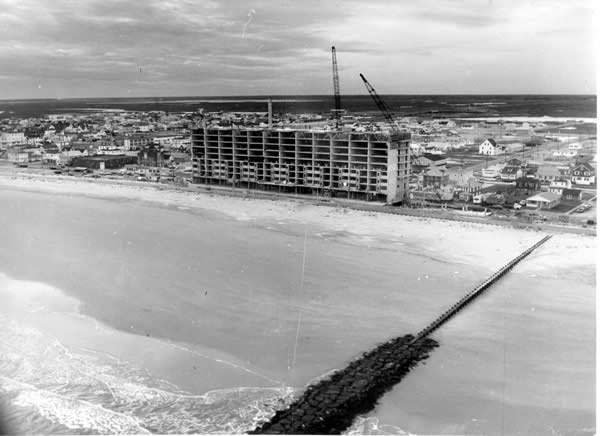 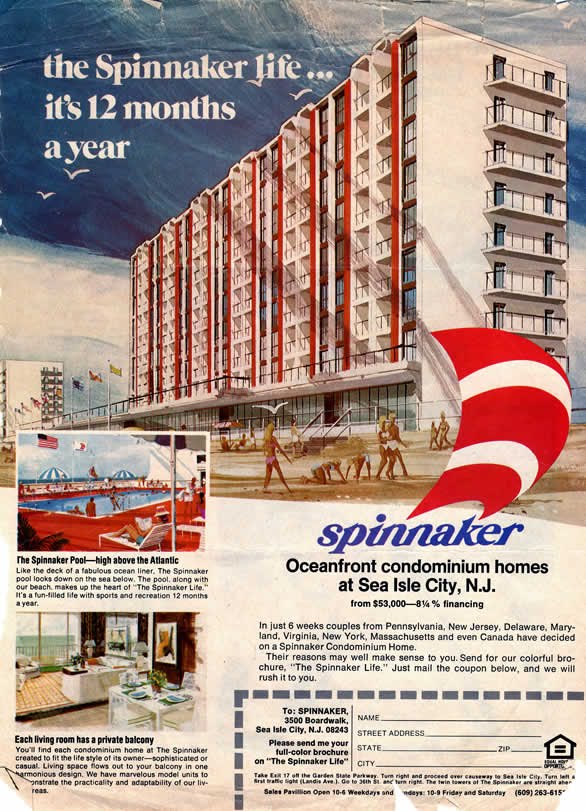 The North Tower brochure was produced in 1975 and all copies of photos and brochures here are courtesy of Joe Domeracki of Sea Winds Realty. The outside front view of the Spinnaker North brochure is directly below and the inside view is the second picture below. 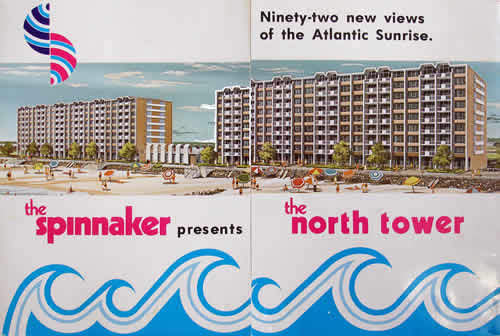 Below is the inside of the Spinnaker North Tower brochure.